The Supermom Nano Influencers Your Brand Needs To Know About 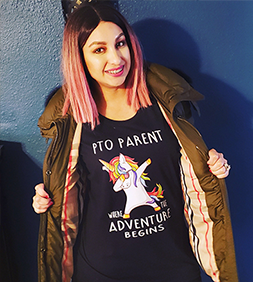 Let’s just say Stacy’s mom has got it going on—she’s the newly elected PTO president and ready to make good things happen at her kid’s school.

While Kim Kardashian might not be on her school’s PTO board (yet), there’s a reason mainstream movies and shows like Bad Moms, American Housewife, and Mother Funders give a heavy nod to this group of powerhouse PTO and PTA parents: They’re passionate, die-hard go-getters and multitaskers who are extremely well-connected and influential among peers in their communities.

In fact, in a recent poll in our Facebook group of more than 25,000 active PTO and PTA leaders, we learned just how much these nano influencers are involved in their local communities, beyond just school, and really redefining what it means to be a volunteer. Many of these moms volunteer not only for the PTO and PTA but also as girl scout leaders, sports moms (and coaches), Sunday school teachers, and room parents—with many of them also working full or part time. Whew!

So what is this new breed of influencer? In short, nano influencers have influence in their local community or neighborhood. According to CMSWire, one of the benefits of utilizing nano influencers is that they have the highest level of engagement—and because of this, many brands have begun placing a larger focus on these hyperlocal influencers. “Brands represented by nano influencers are often deemed more authentic, given the higher likelihood that the nano influencer has a real-life relationship with the majority of his or her followers,” Triller CEO Mike Lu told CMSWire.* And what’s better than a mom talking (organically) to all the other moms at school about how Snyder’s now makes its pretzels in a peanut-free facility?

While these moms often get a bad rap in the media—portrayed as stuck-up goody-goodies or bake-sale-obsessed control freaks (or both)—we’re coming to their defense, and here’s why: 83% of the funding for K-12 public schools comes from the state and school districts; the rest comes from federal government, private sources, grants, and other programs,** including PTO and PTA groups. PTO and PTA volunteers work hard to fill the budget holes with money they raise through fundraising, school events, and other forms of outreach to the school community. Community groups like PTOs and PTAs are responsible for $4 billion in spending each year (and yep, that’s a “b”)!***

School Family Media makes it easy for your brand to tap into these PTO and PTA nano influencers. In fact, our network is comprised of parent group leaders at a whopping 84,000 schools nationwide. Reach out to learn more about how we can help your brand connect with PTO and PTA moms (and dads) on a mission, and all the families they’re connected to.

Want to chat about your brand or company goals? Drop us a note.